In the Lojong Trainings of Tibetan Buddhism, a series of aphorisms is used in training the mind to expand beyond it's usual conditioned patterns. Operating as mental reminders to frame our experience in particular ways -- both on and off the meditation cushion -- these 59 slogans, arranged in 7 main points, can be quite helpful in cultivating an open heart and a clear head.

Starting Where You Are: First, Train in the Preliminaries

A Disclaimer:  The Lojong Teachings emerge out of Tibetan Buddhism and have been passed down from guru to student for about a thousand years.  Except for a couple of weekend gatherings at Deer Park with Geshe Sopa and evening's talk by the Dalai Lama in a huge auditorium in Madison, Wisconsin years ago, I have never been in the Presence of a Teacher in the Tibetan Buddhist Tradition let alone formally studied with one.  Furthermore, I am not now, nor have ever been, an authorized teacher -- except by the State of Illinois as a high school social studies teacher back in the 1970's.  That certification expired long ago.   (Read Full Disclaimer )

If you want to circumvent my ramble and cut to the chase, Pema Chodron's version of the  First Slogan of the Lojong Teachings is in large print below.

"If we are willing to stand fully in our own shoes and never give up on ourselves,
then we will be able to put ourselves in the shoes of others and never give up on them.
True compassion does not come from wanting to help out those less fortunate
than ourselves but from realizing our kinship with all beings."
-- Pema Chodron,
"Lojong: How to Awaken Your Heart", Shambala Sun On-line I had practiced meditation, attending handful's of intensive retreats in various traditions for over 35 years by the time Betsy handed me a copy of Pema Chodron's Start Where You Are: A Guide to Compassionate Living nearly ten years ago.  Longtime Director of Gampo Abbey, a student of Chogyam Trungpa, Pema Chodron had me hooked with the very first sentence of the Preface:

"THIS BOOK IS ABOUT AWAKENING THE HEART."

Although I had certainly experienced a number of "heart openings" over the years, both on and off the zafu, I poured through Start Where You Are to discover a new approach to the Practice, a new way to examine the nature of heart and mind, and --more importantly -- a systematic method to approach the deep conditioning that separates us from one another and our own True Nature.

As well as offering forth guidance on two forms of sitting meditation, Shamatha-Vipashyana and Tonglen, the 59 slogans of the Lojong Teachings offer a means to approach our lives in a way that cultivates kindness, clarity and compassion.  Organized as 7 main points, I think that anyone who explores them and takes them to heart is in for a very interesting,  perhaps sometimes heartrending, but profoundly heartwarming, adventure toward the One Love we share.

Slogan 1: First, Train in the Preliminaries.

Interestingly, in Start Where You Are, Pema doesn't refer to the traditional "Four Reminders" that are considered to be the "preliminaries" in this Tibetan tradition.  Instead she refers to the basic Shamatha-Vipashyana meditation practice as the fundamental foundation of the Lojong, the quality of consciousness involved as both the means and ends of Practice. (Fair enough, although I have a dear friend who doesn't Sit that has still found great value in Pema's Lojong teachings.)

In other works though, Pema does offer forth her understanding of the Four Reminders.  Here's her version of the elements of Slogan 1:

"In your daily life, try to:
1) Maintain an awareness of the preciousness of human life.
2) Be aware of the reality that life ends; death comes for everyone.
3) Recall that whatever you do, whether virtuous or not, has a result; what goes around comes around.
4) Contemplate that as long as you are too focused on self-importance and too caught up in thinking about how you are good or bad, you will suffer. Obsessing about getting what you want and avoiding what you don't want does not result in happiness. "
(READ MORE)

Slogan Two: Regard Everything As A Dream

"So I say to you -
This is how to contemplate our conditioned existence in this fleeting world:"
"Like a tiny drop of dew, or a bubble floating in a stream;
Like a flash of lightning in a summer cloud,
Or a flickering lamp, an illusion, a phantom, or a dream."
"So is all conditioned existence to be seen."
-- Buddha, Diamond Sutra 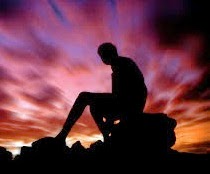 The slogan, "Regard All Dharmas As Dreams" begins Point Two of the Seven Points of the Lojong Teachings.  Entitled "The Main Practice, Which Is Training in Bodhichitta", Point Two primarily refers to the cultivation of the two aspects of an awakened heart: absolute bodhichitta and relative bodhichitta.  "Regard all dharma as dreams" is the first of six slogans regarding absolute bodhichitta,

One of the fundamental concepts of Mahayana Buddhism, absolute bodhichitta refers to  the primoridial openness of existence, the all embracing ground of our being that permeates and transcends all of Life/Death. Although the theologies of the various religions of the world draw a diverse picture of the Absolute, I believe that the words God, Allah, the Tao, Brahma, Wakan Taka and many others refer that Reality.   An experiencing of the Absolute, whatever it was named, has emerged in the experience of mystics, seers and sages throughout the ages.  In the Tibetan Buddhist system the term shunyata or "emptiness" is used.   These days I like the term One Love.

The foundation of "the main practice" referred to, is, of course, meditation, and the slogans of Point Two primarily refer to ways of framing the experiences of our formal sessions of meditation -- although eventually the distinction between the cushion and the rest of our life becomes less and less apparent.  The Point Two slogans are generally seen as guidance to both how to "do" and how to "view",  our experience in meditation --although there is one that refers specifically to our approach off the cushion.
(READ MORE)

Free and Open to All

9:00-10:30 An Ongoing Introduction to Meditation: Meditation, Mindfulness -- and Mission

Beginners Welcome
Free and Open to All